From Satan’s Playground to Christ 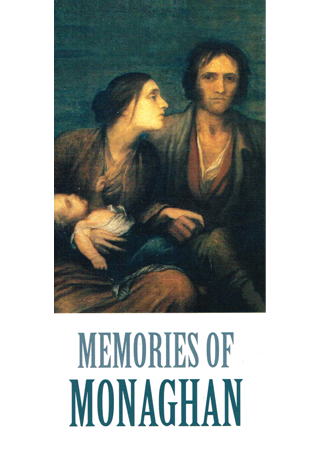 Tourists who spend a holiday in County Monaghan can take a number of pleasant memories back home with them. One of the memories that is sure to abide is that of the warmth and friendliness of the local people. The beautiful, rugged landscape and places of interest like Rossmore Forest Park and Loughno Leisure Park attract countless tourists each year. Bragan Scenic Drive, west of Emyvale, is a favourite spot for those who prefer a cycling holiday. County Monaghan, with its many streams, rivers and lakes is an angler’s paradise. Lough Muckno is renowned not only as a favourite spot for anglers but also as a centre for water sports, such as water-skiing and canoeing.

Music lovers are also well catered for. Country & Western fans head for Castleblaney. The Annual Rhythm & Blues Festival attracts many enthusiasts to Monaghan town. Gifted exponents of Traditional Irish music provide entertainment in most of the towns in the county. The Patrick Kavanagh Centre in Iniskeen and the Lace making centres in Carrickmacross and Clones provide the tourists with not just souvenirs, but also fond memories of their visit to County Monaghan.

Undoubtedly the most effective way for the visitor to get a realistic insight into the history and memories of Monaghan is to spend time with some of the local senior citizens and to listen as they recall events of bygone days. They will tell you that while there were certainly good times there were also some that were not so good. They may refer to the ‘Annals of Ulster’ where it is recorded that the Plagues of 549 and 666 were particularly devastating. Saint Tierney, who founded an abbey in Clones, died of the plague in 550.

Perhaps the most abiding memory that has been handed down to the present generation is that of the Great Famine. It is estimated that County Monaghan lost 40% of her population between 1846 and 1851. Magheracloone was the area worst affected. A Clergyman described the scene during the famine as follows - “Thirty funerals passed a certain crossroads in the course of a couple of hours. Corpses are found lying on the roadside or around the hedges.”