Achill Island and the great storm of 1847

3 Knocks on the Door 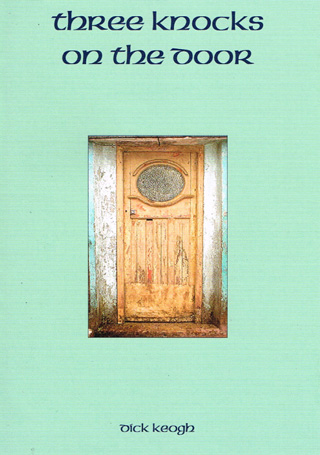 It was Christmas morning in the late sixties in a small town in the Midlands of Ireland. The streets were busy with families making their way home from Mass. The children excitedly told the friends they met in the street about the wonderful gifts they had received. Meanwhile the adults sought to demonstrate the Christmas spirit of friendship, courtesy and kindness as they chatted with their neighbours.

In most homes the Christmas morning routine was basically the same. Upon arriving home from Mass the mother changed out of her best clothes, donned her apron and set about preparing the Christmas dinner. The children kept themselves occupied playing with their new toys. The father put some more fuel on the fire he had lit earlier that morning. He then relit the Christmas Candle before opening a bottle of Guinness and settling down in his favourite armchair. According to tradition, the lighted Christmas candle in the window represented an invitation to weary travellers who sought refuge, and it assured them of a warm welcome.

Paddy, his wife Kathleen and their children lived in a terraced council house. They were working-class people and could be described as being a refined, religious and respectable family. They did not realise it, but on this particular Christmas morning, while they eagerly awaited the turkey and all the trimmings, an unexpected visitor was making his way to their home.

Suddenly there was a knock on the door. When he opened the door Paddy was very surprised to see his brother standing there, offering a friendly handshake and wishing him a Happy Christmas. It had been many, many years since they had last met, and now Paddy was once again face-to-face with his unshaven, undernourished and poorly-dressed brother.